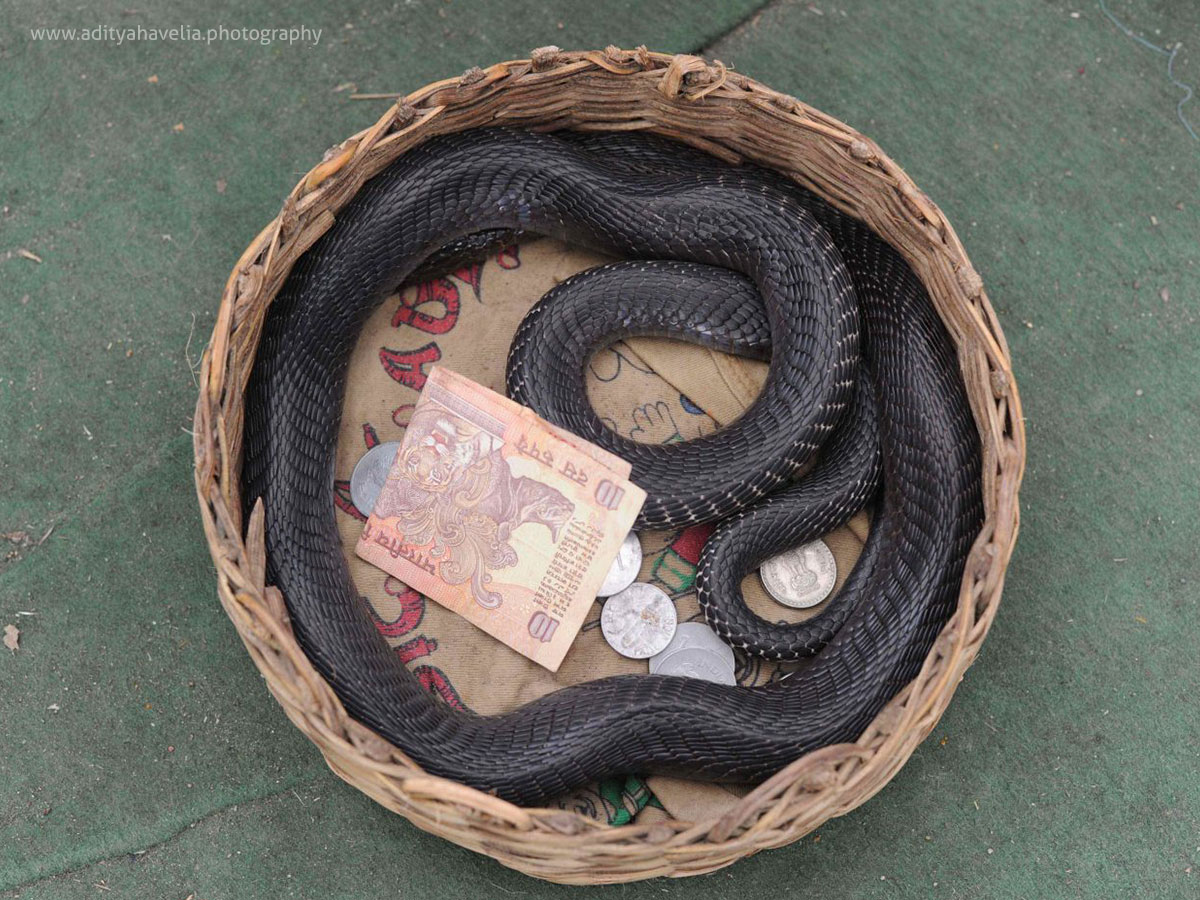 India is a land of mystique and culture. Dominated by a hindu populous animals hold a special place in the Indian physique. Every god in India is associated with animals. Vishnu sits on a magnificent couch made out of shesh nag a gigantic snake, lion is the carrier of goddess Durga and snakes adorn Shiva.

Mythology propounds Vishnus avatar to correct evil on the planet, some of these in animal and man combinations. Narsimha a cross between a lion and a man, varaha a wild boar, matsaya a fish.

Yet on the other side is a fanatic following of religious norms oblivious of its inherent message. Rituals, which choke the existence of animals and defeat significance of harmonious man animal symbiosis.

Nag panchmi is a festival celebrated to worship lord shiva and his snakes.  On this auspicious day lakhs of snakes are caught and worshipped all across India. In pleasing the almighty man handling of snakes turn out to be fatal.

These snakes have been kept in round baskets for months; their fangs have been deliberately broken. Dehydrated the muscles have cramped and the snakes are barely able to move. After a month of solitary confinement these baskets are opened. Dehydrated snakes drink whatever is served to them, in this case, milk. Snakes are not meant to digest milk and are likely to die within few days.

Human interference unnoticed in the garb of fruitless ceremonies defeats the balance of the ecosystem day after day. 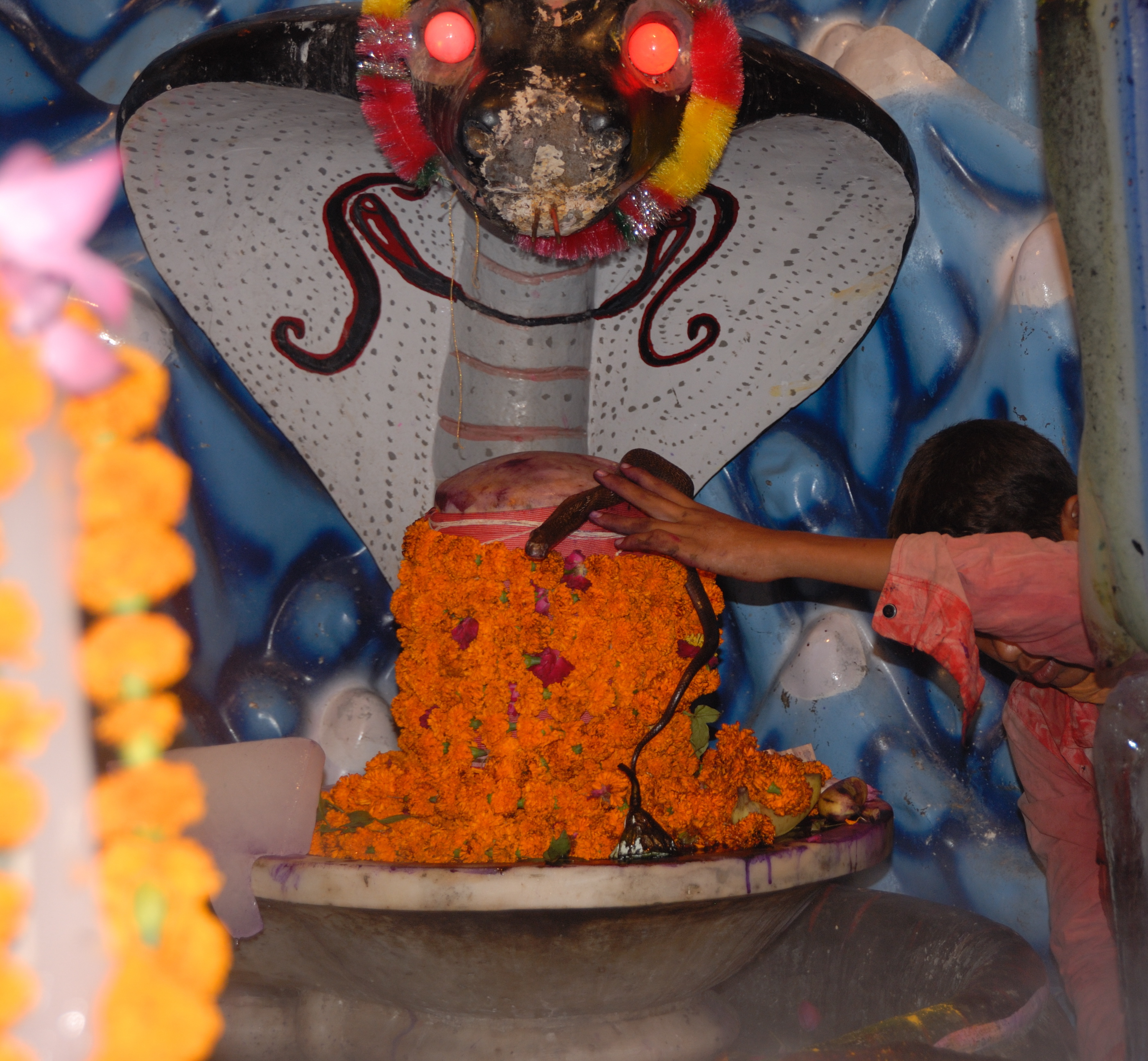 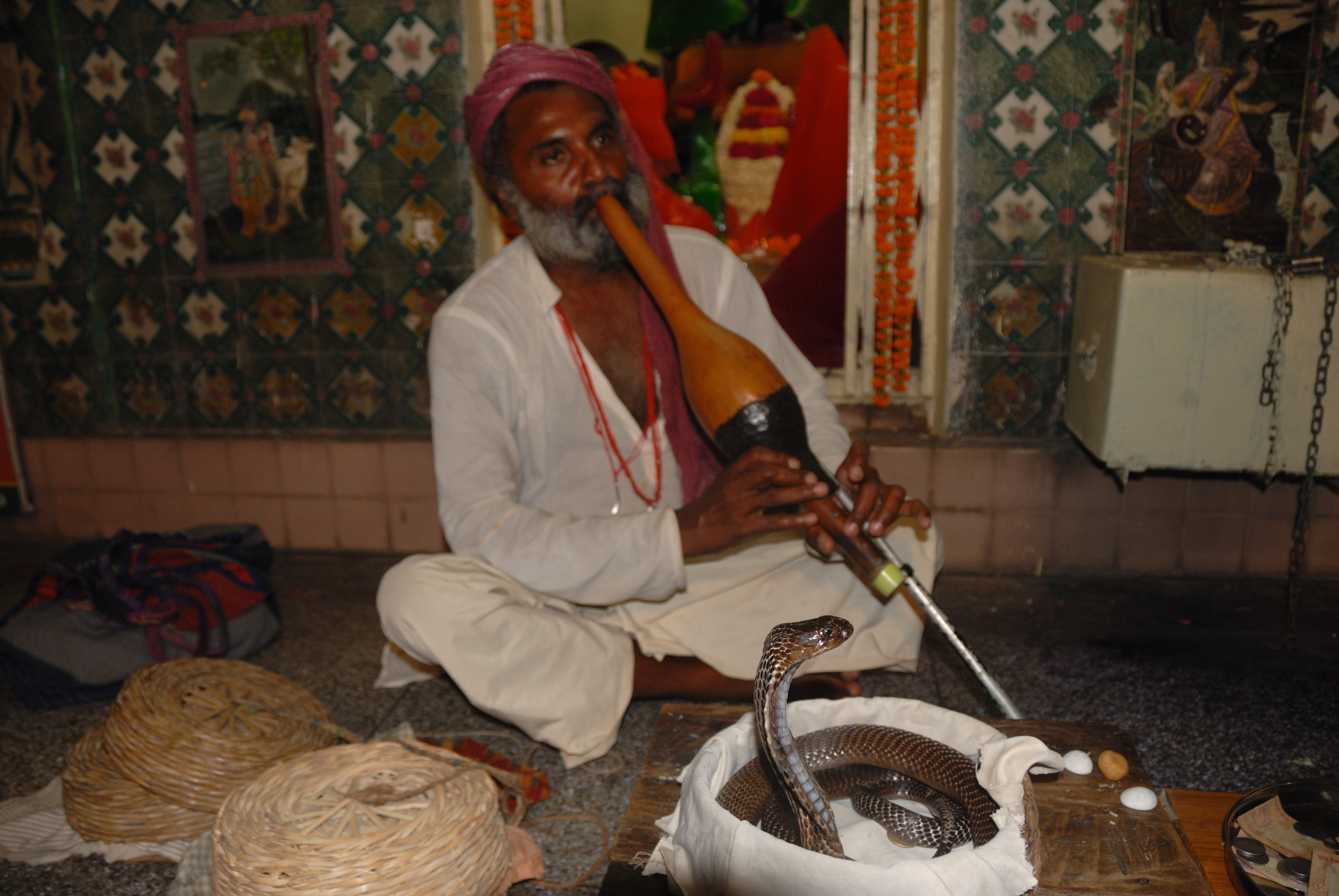