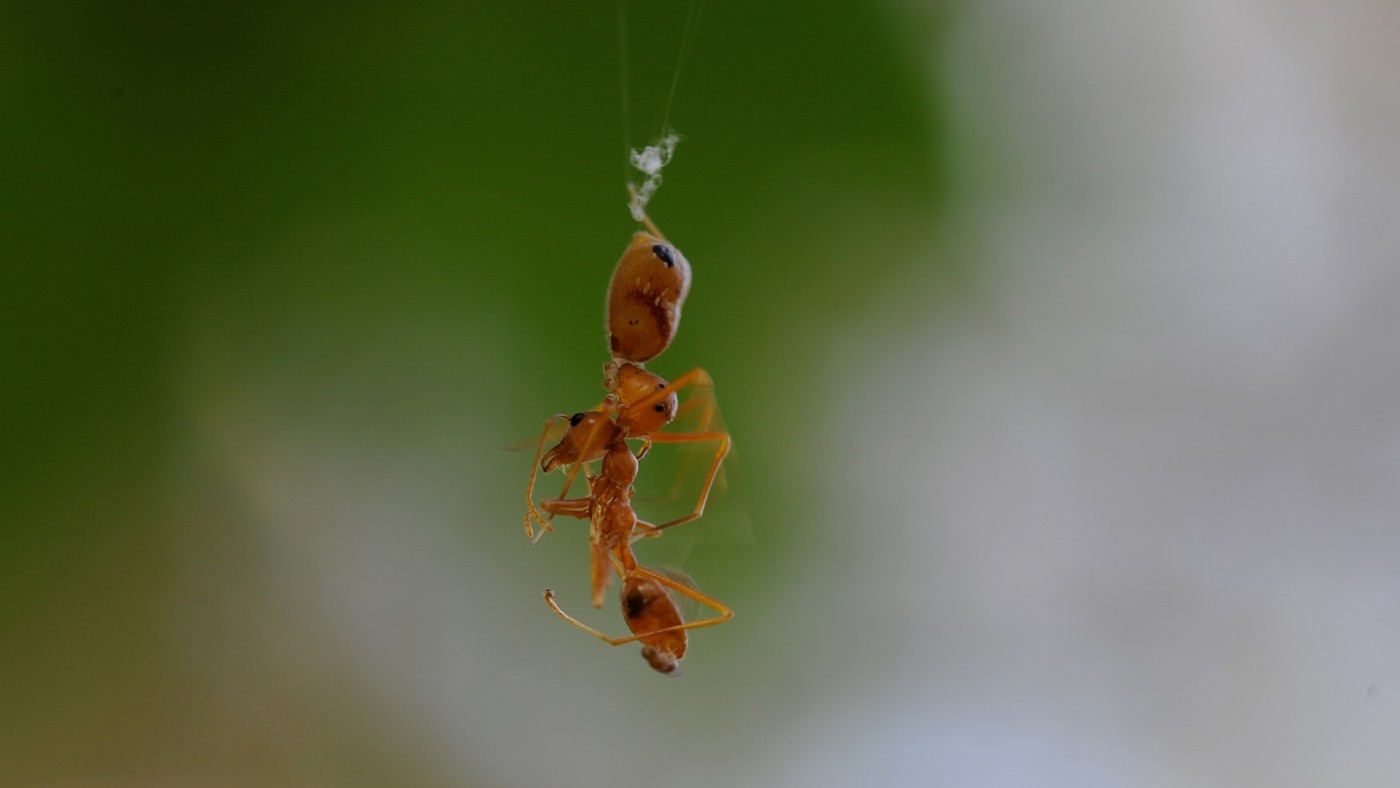 This incredible crab spider looks exactly like its prey, Red weaver ant. It also behaves like ant by waving their front pair of legs near their heads like antennae.
There are two reasons why a spider would want to mimic an ant: to eat them and to avoid being eaten by them.
It sits amongst its prey without being detected and attacks as soon as the opportunity arises. Then hangs itself by its strong thin line to devour the meal.
One can identify the spider by looking at its basic body structure. Spider has only two bifurcations to its body i.e. head (a fused head and thorax called cephalothoraxes) and abdomen, while the ant has three clear bifurcations to its body head, thorax and abdomen.

More than three hundred species of spiders are known to mimic the outward appearance of ants, a phenomenon called myrmecomorphy.
This photograph was taken at Nawab Ganj Bird Sanctuary in Uttar Pradesh, India. However, if you look carefully you can find this spider throughout India near the colony of red weaver ants.